“When I consider that the noble animals have been exterminated here - the cougar, panther, lynx, wolverine, wolf, bear, moose, deer, the beaver, the turkey, etc, etc - I cannot but feel as I lived in a tamed, and, as it were, emasculated country.” Henry David Thoreau

In late March, our plant ecology class took a field trip to Hall’s Pond Sanctuary in Brookline near BU. As the seven of us walked along the boardwalk, a large group of turkeys slowly crossed the path about 30 feet in front of us. As we waited patiently, three puffed-up adult males turned and walked straight towards us in a menacing manner. 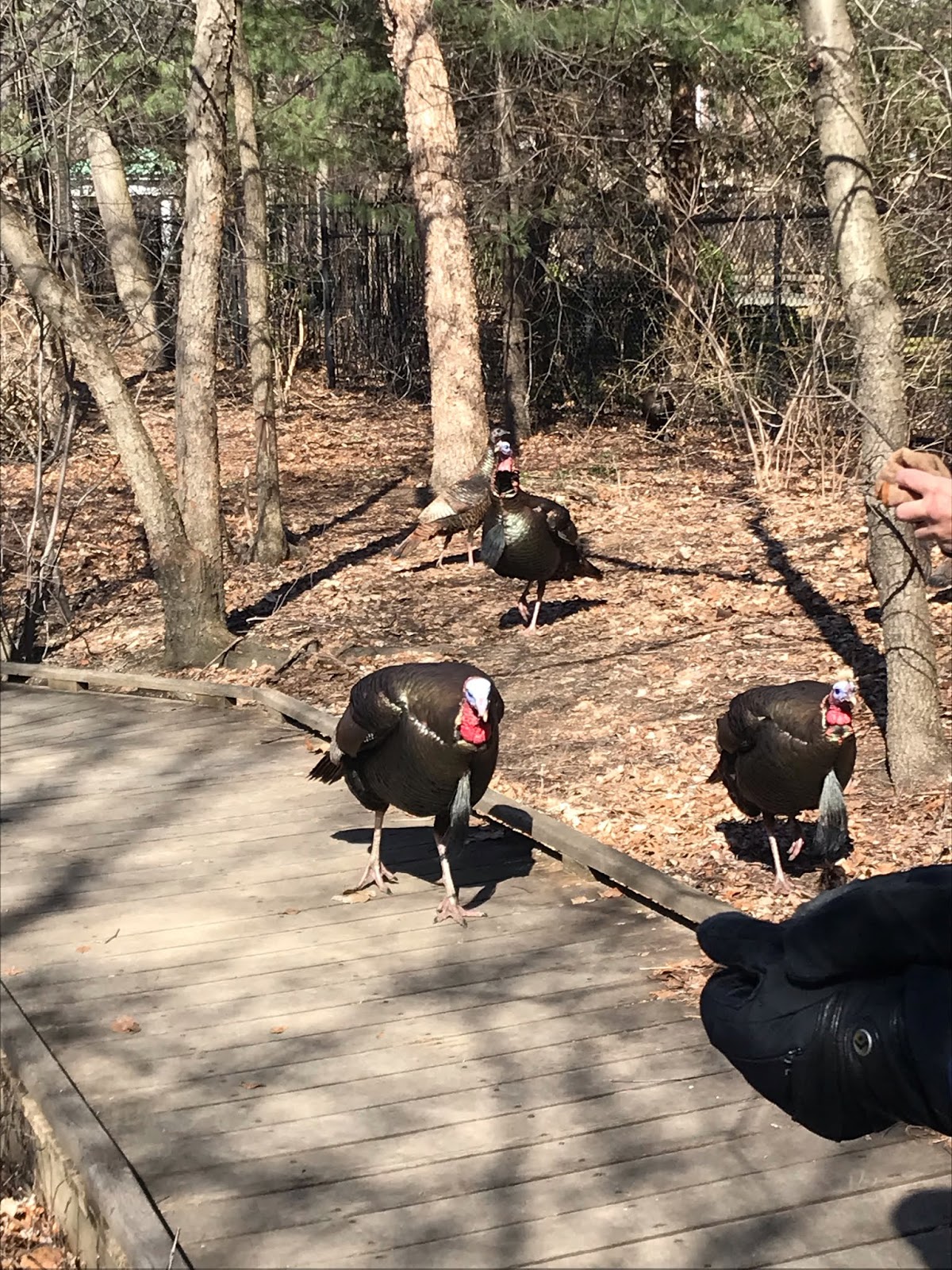 At first it seemed a bit amusing that these birds were confronting a group of adults, but when they got within 8 feet from us, it was clear that they were trying to chase us away. We yelled at them and stamped our feet, and I even threw my gloves at them, but they kept advancing towards us. Only when we starting to wave sticks at them did they back off and retreat. 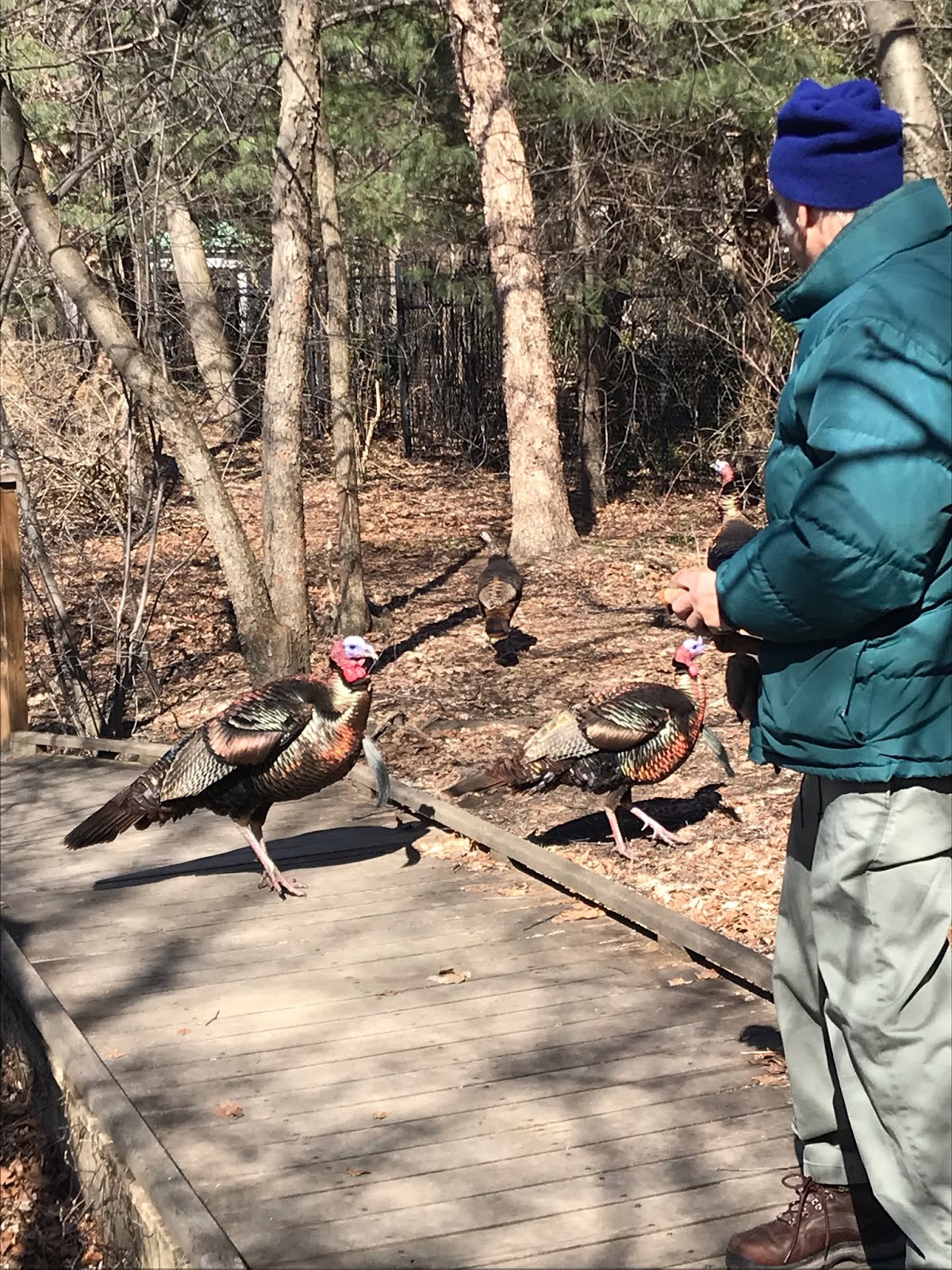 Turkeys turning away after confrontation.

If we had not acted so forcefully, I think that they would have chased us and tried to peck us. What an adventure!

This incident was covered by Lexi Peery of the the BU News Service.
Posted by Lucy at 12:06 PM 1 comment:

“I have come forth to this hill at sunset to see the forms of the mountains in the horizon - to behold and commune with something grander than man.”
-H. D. Thoreau

Mont Sainte-Victoire is perhaps best known for the paintings depicting it by Paul Cezanne in the late 1800s and early 1900s. 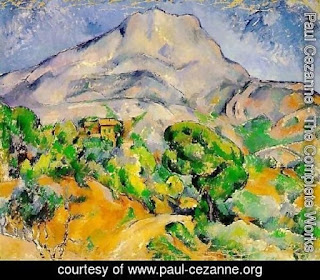 The mountain is located in Provence in southern France. The region is characterized by a Mediterranean climate, which has hot, dry summers that are prone to fire.

In 1989, a massive fire swept through 5,000 hectares of shrubs and oak forest on the southern side of the mountain, drastically changing the appearance of the landscape and leaving the limestone cliffs more exposed. 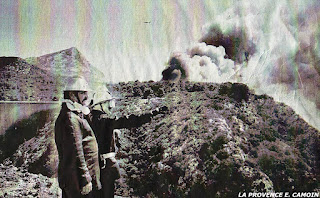 Firefighters during the 1989 fire, with Mont Sainte-Victoire in the background. 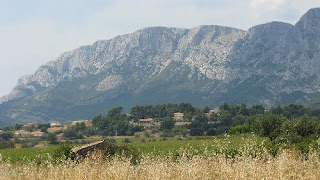 Mont Sainte-Victoire before the 1989 fire (trets.free.fr) 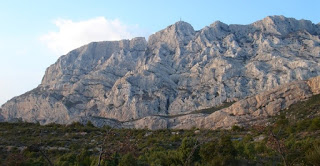 Hiking is now restricted in the summer months due to fire risk. These fires will only become more common as climate change means higher temperatures and lower rainfall for this region. The area around Mont Sainte-Victoire may eventually become a desert1, leaving a landscape much different from the ones in Cezanne’s paintings. 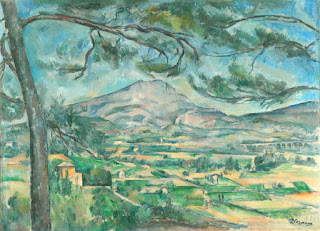