“The keeping of bees is like the direction of sunbeams.”
Henry David Thoreau

Over the summer, Myles Green, a local bee keeper, showed us his hives in Norwood. Here Myles explains bee care to Dan Primack.  The bees know the smell of Myles, so he does not need to wear protective clothing.  But Dan has to be well protected. 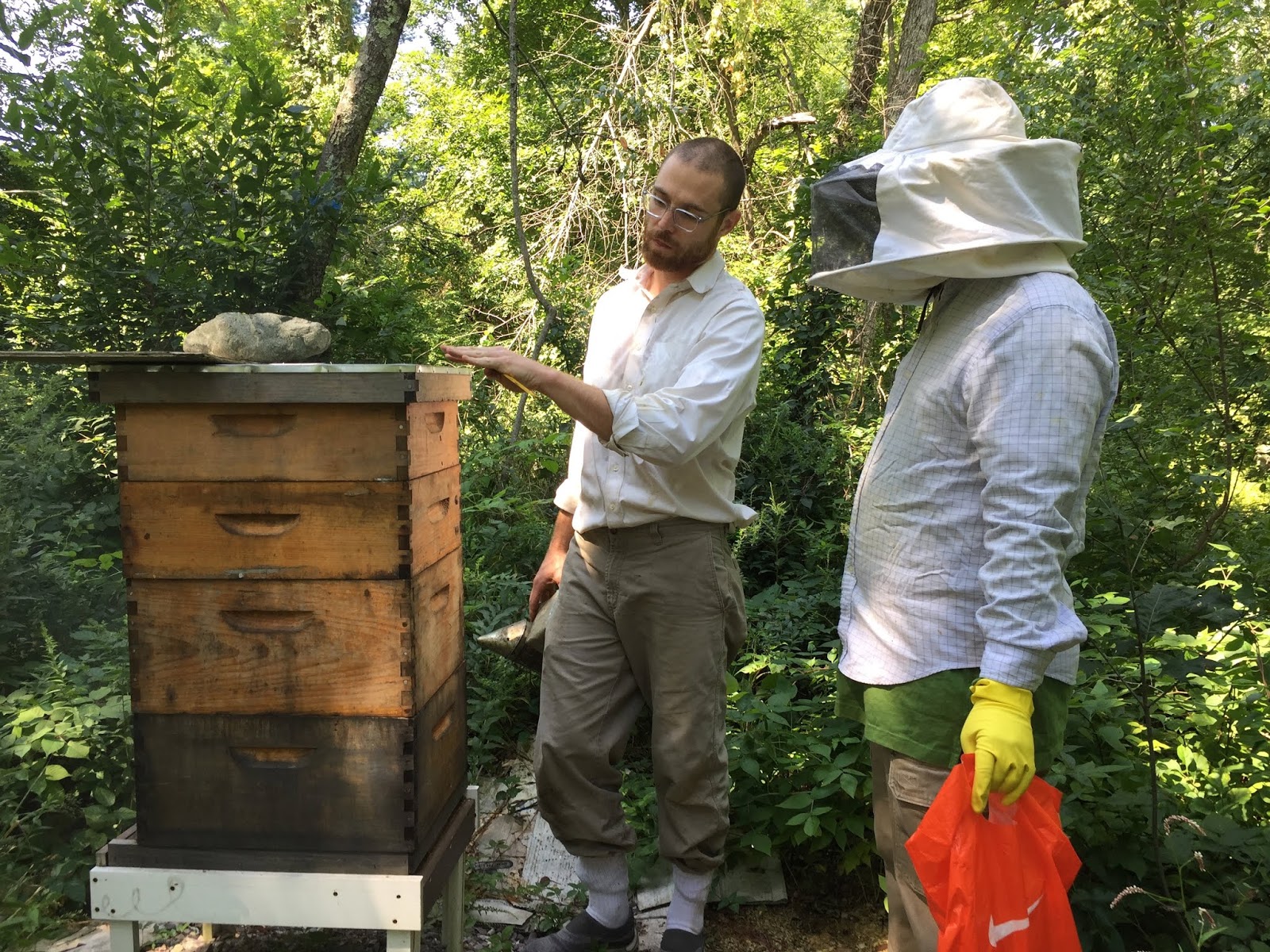 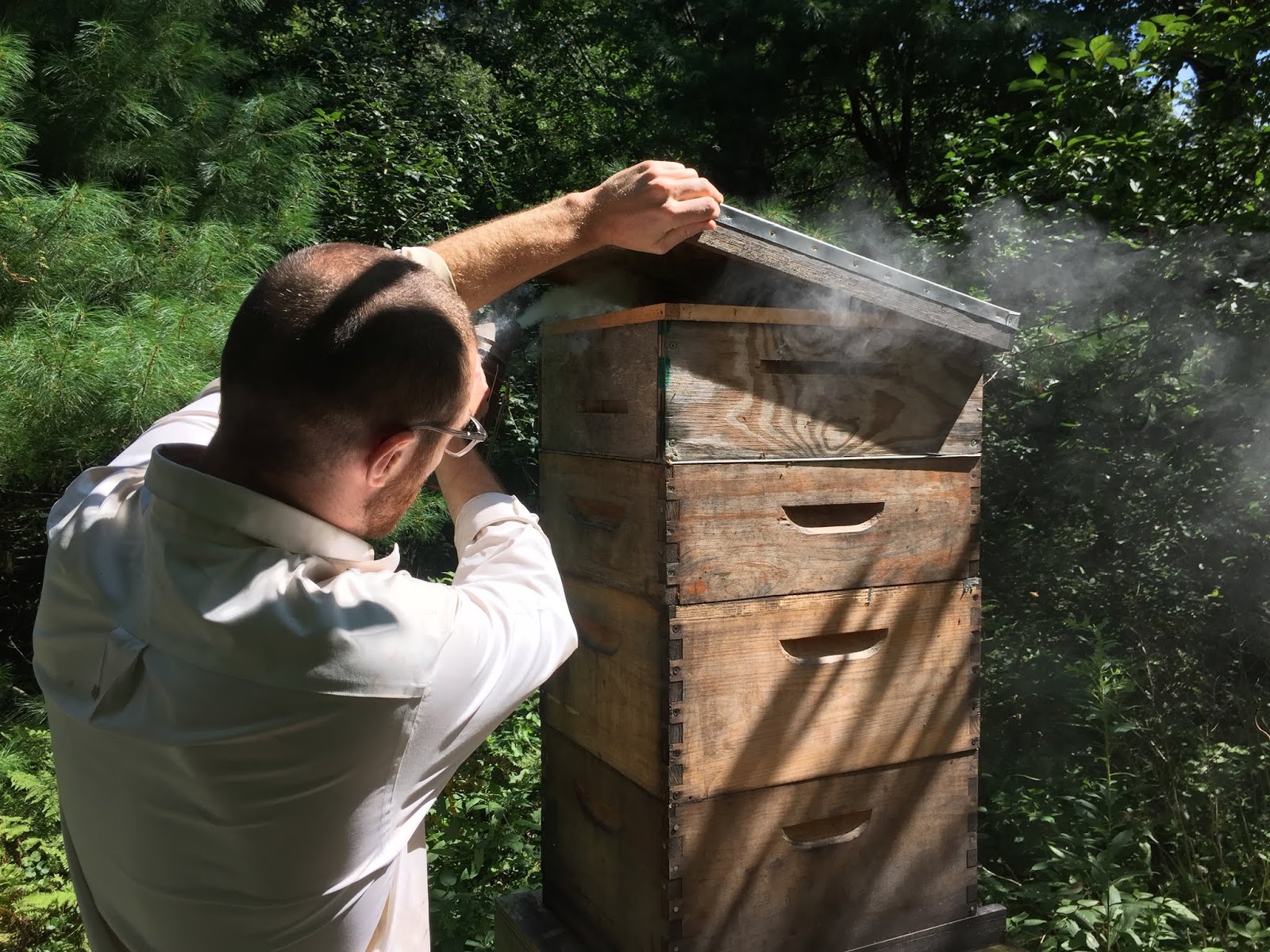 Opening up the hive, we see a new comb in which the cells have not yet been filled. 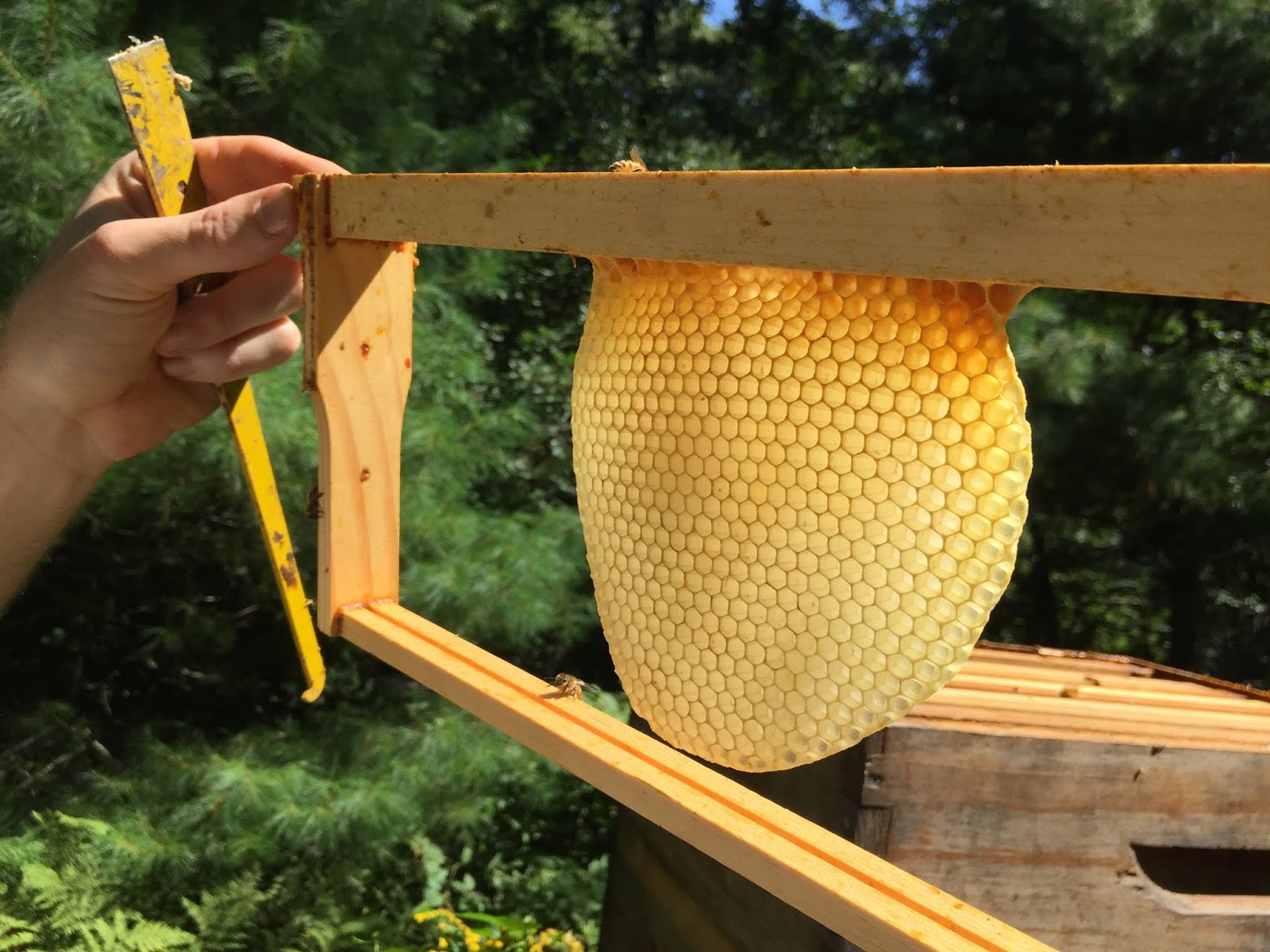 Myles inspects a frame to determine the density of filled cells.

In one hive, there is colony of ants with their eggs on the top level.  These ants cause a slight decrease in honey production, and so are swept off the hive. 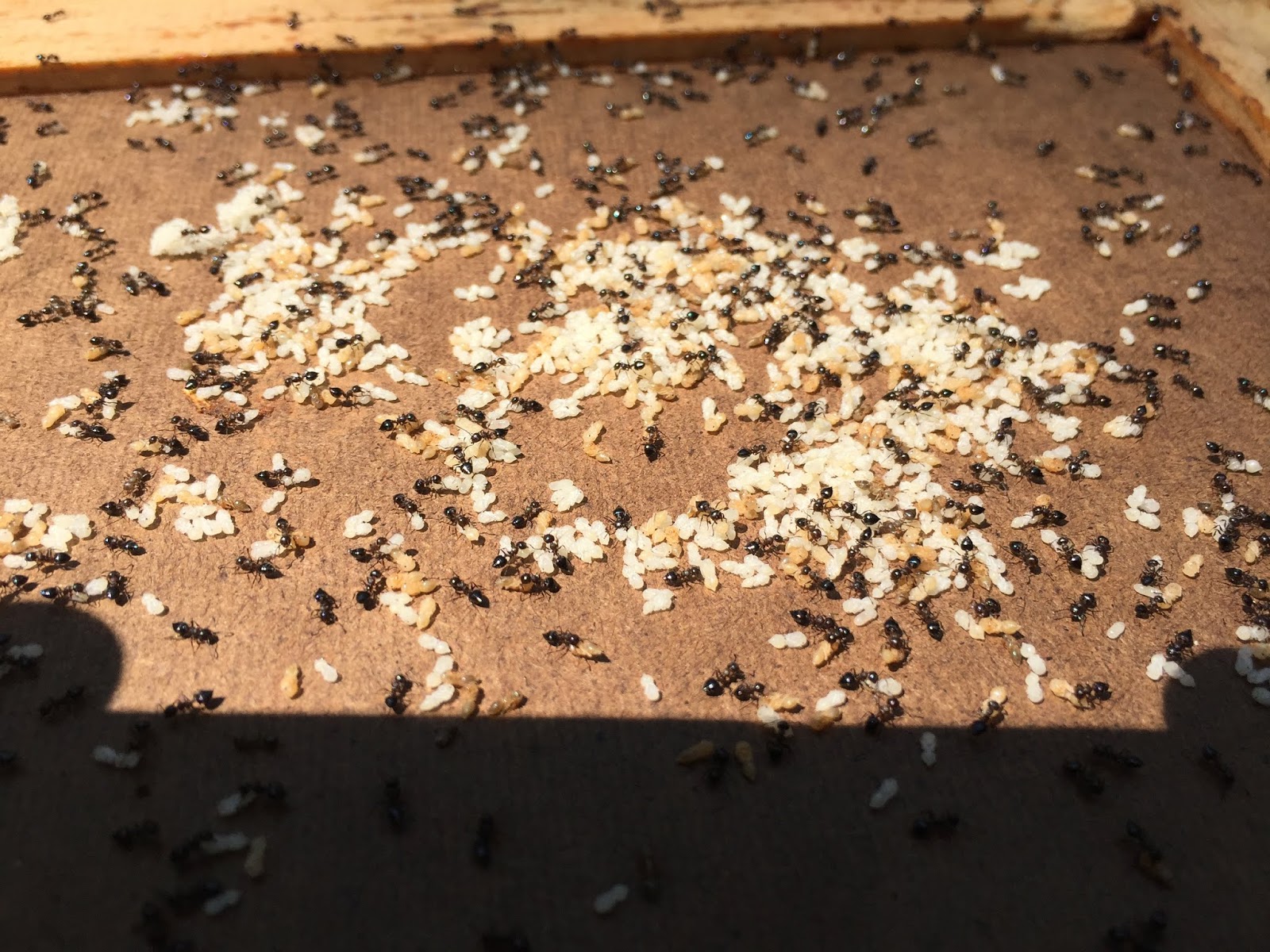 Pesticide strips are placed in the hives to control mites that parasitize the honey bees. 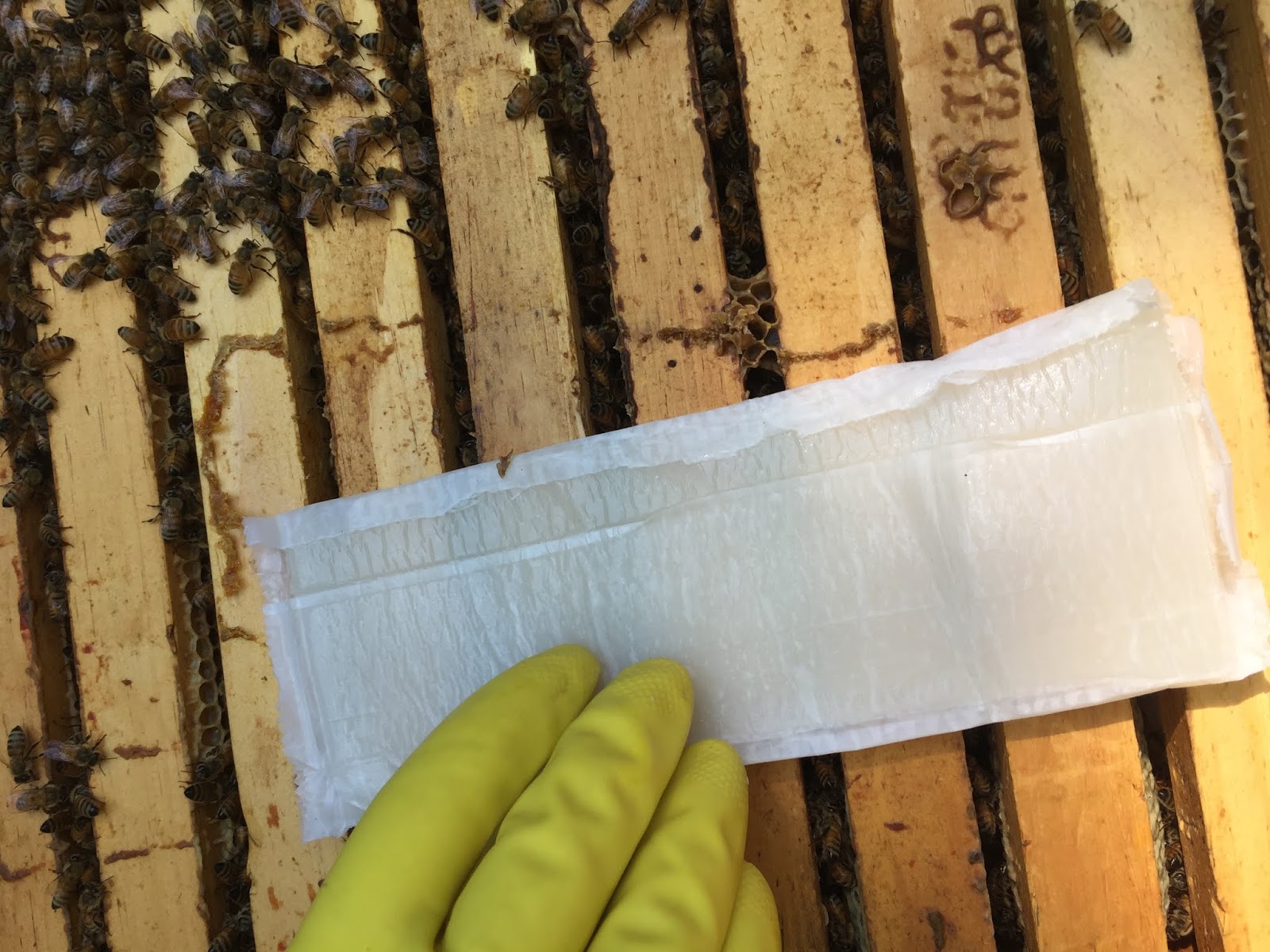 How to Identify Hundreds of Species in One Day

The process of discovery is very simple. An unwearied and systematic application of known laws to nature, causes the unknown to reveal themselves.
Henry David Thoreau in A Week on the Concord and Merrimack Rivers.

On September 22nd, dozens of experts and citizen scientists teamed up to survey the biodiversity at Minute Man National Historical Park in a fall BioBlitz – a brief event to document as many species as possible. 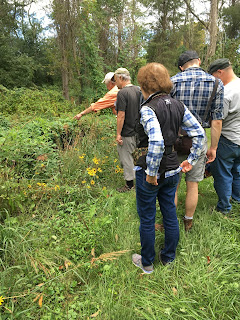 Teams spread out around the park, with participants flipping over fungi, inspecting leaves, and listening for the birds.  A young high-school volunteer introduced iNaturalist, an app that can be used to photograph and help identify species.  In many cases, the iNaturalist app was able to correctly identify wildflower species. By the end of the day, over 500 species had been tallied. 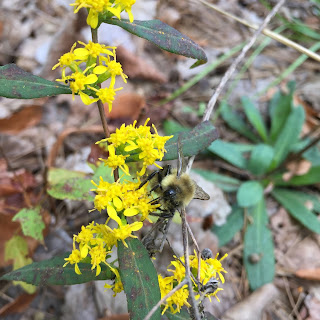 What is the name of this yellow wildflower? 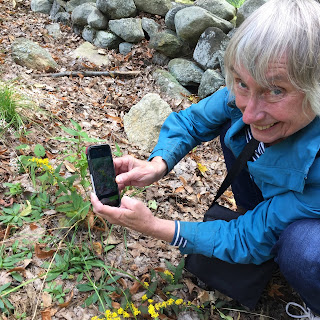 A naturalist takes a photo with an iPhone using the iNaturalist app. 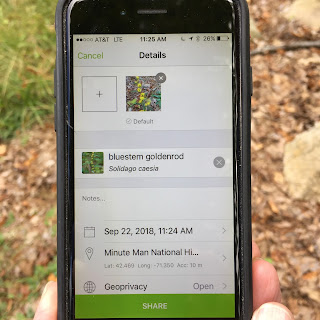 The goldenrod species is correctly identified by iNaturalist!

A highlight of the event was a short talk presented by the famous biologist Professor E. O. Wilson. 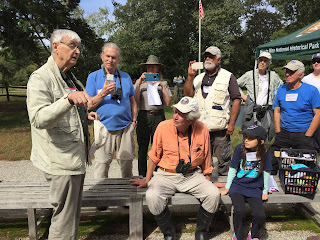