"The Artist is he who detects and applies the law from observation of the works of Genius, whether of man or Nature. The Artisan is he who merely applies the rules which others have detected." -Thoreau 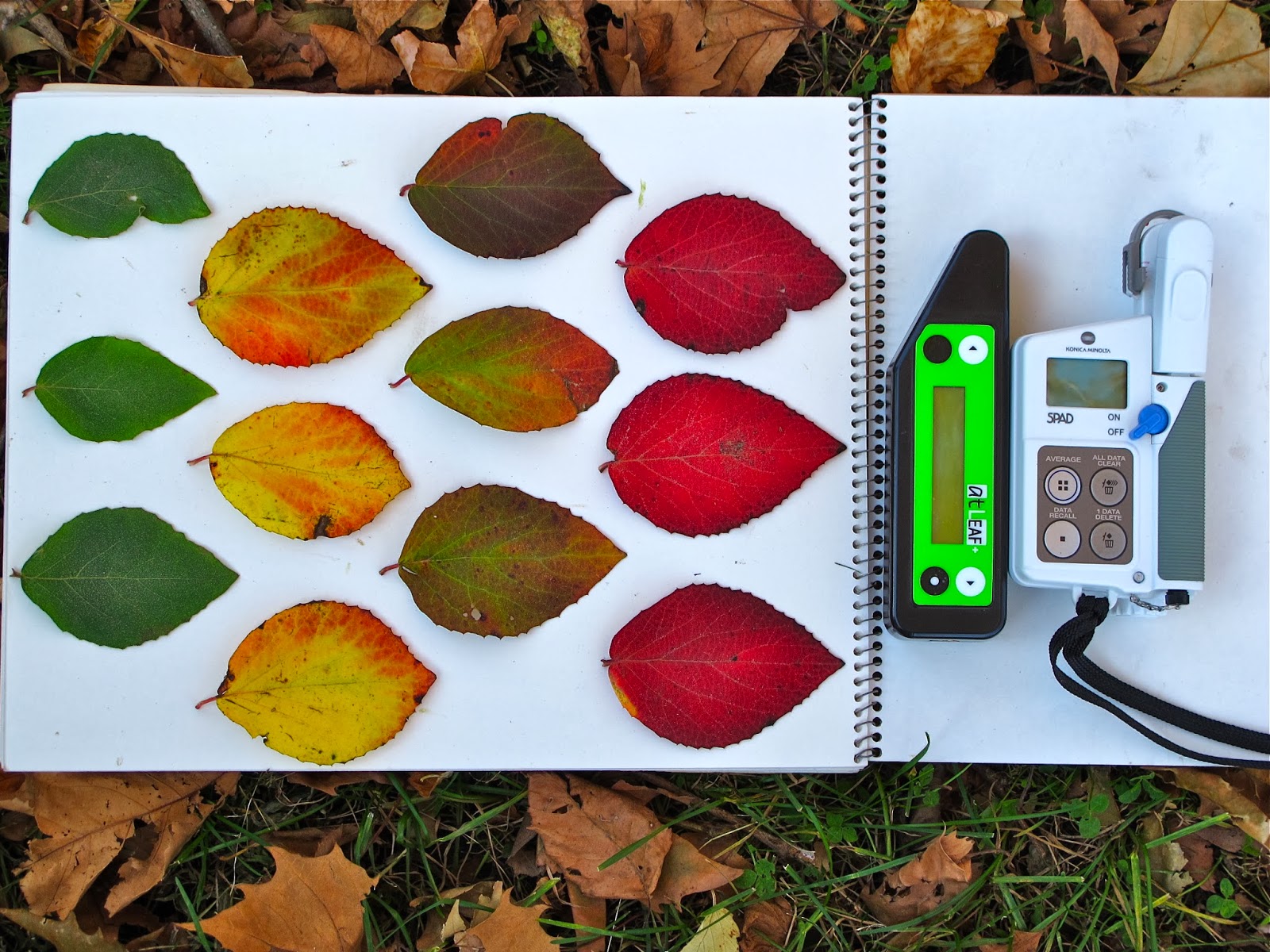 The subjective color categorization of Viburnum carlesii leaves, with the atLEAF (left) and SPAD-502 (right).

Predominantly used in agriculture, handheld chlorophyll meters are one way to empirically measure relative chlorophyll content and, by proxy, photosynthetic activity. The most widely used chlorophyll meter on the market, the Minolta SPAD-502 costs about $2600.00. In constrast, the atLEAF is a relatively new chlorophyll meter which can be purchased for one tenth of the cost. Last autumn, the Primack Lab from Boston University and Laura Garrison from Brown University teamed up to compare the performance of the SPAD-502, the atLEAF, and our own subjective color categorization on leaves at various stages of senescence from the Viburnum and maple collections at the Arnold Arboretum. 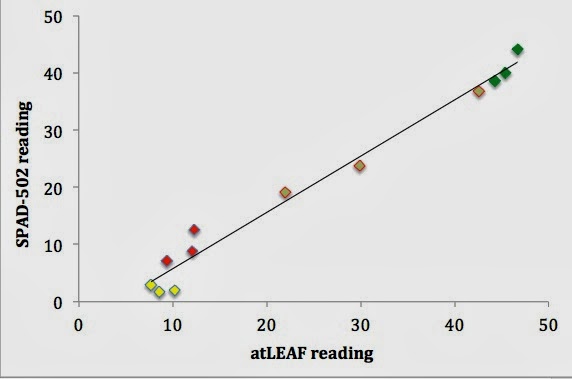 There is a very strong correlation between atLEAF and SPAD-502 chlorophyll readings for Viburnum carlesii leaves. The point colors reflect the color of the leaf measured: green, reddish green, red, and reddish yellow. R2=0.98.