National parks in China and the United States: Different paths to protection

Posted by Abe Miller-Rushing and Richard B. Primack


“Every town should have a park . . . where a stick should never be cut for fuel, a common possession forever, for instruction and recreation.” -Thoreau in his Journal, 1859

You may have missed some big changes happening in conservation in China. While the international media focuses on China’s difficulties with pollution, the government is investing hundreds of millions of dollars in improving and expanding its system of national parks and other protected areas. This is a huge and welcome change for one of the world’s largest and most biodiverse countries.

Chinese authorities are investing in their protected areas in a characteristically Chinese manner—with big infrastructure investments, strong top-down control, and an emphasis on economic development. Will this approach be good for the conservation of biodiversity?


To answer that question, in a recent article in Biological Conservation, we compare the development of protected areas in China to their development in the United States, where the concept of national parks originated. We take a particularly close look at Wudalianchi National Nature Reserve in northeastern China and Acadia National Park in the northeastern United States. 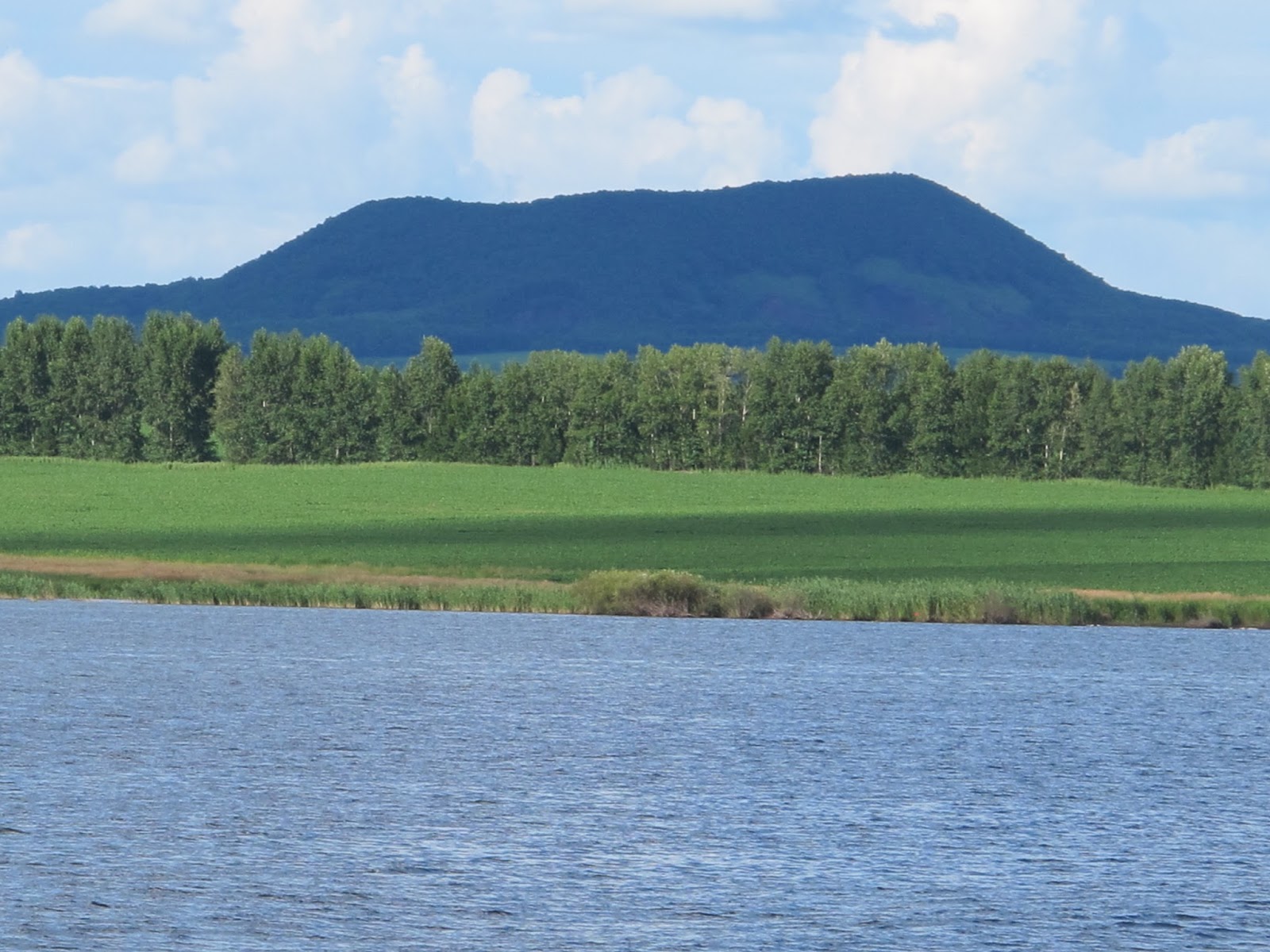 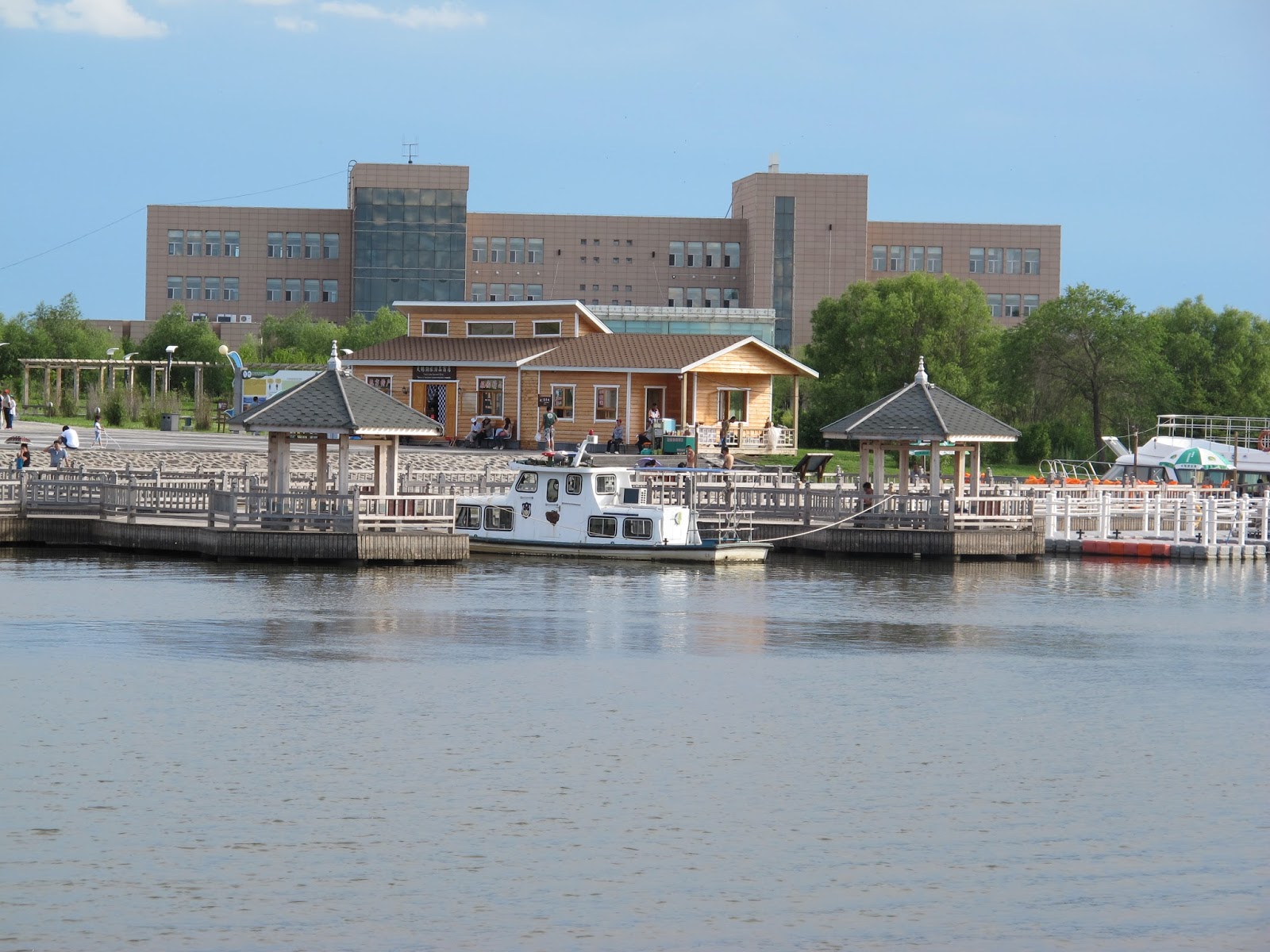 The Chinese government has undertaken massive economic development in the area, including tourist facilities and hotels

Both countries are, however, experimenting with techniques that could improve things. For example, in places the Chinese government is working to improve relationships with local communities through formal agreements with displaced people or cooperation among local, provincial, and national governments. The US government is using citizen science and volunteerism to engage new audiences. 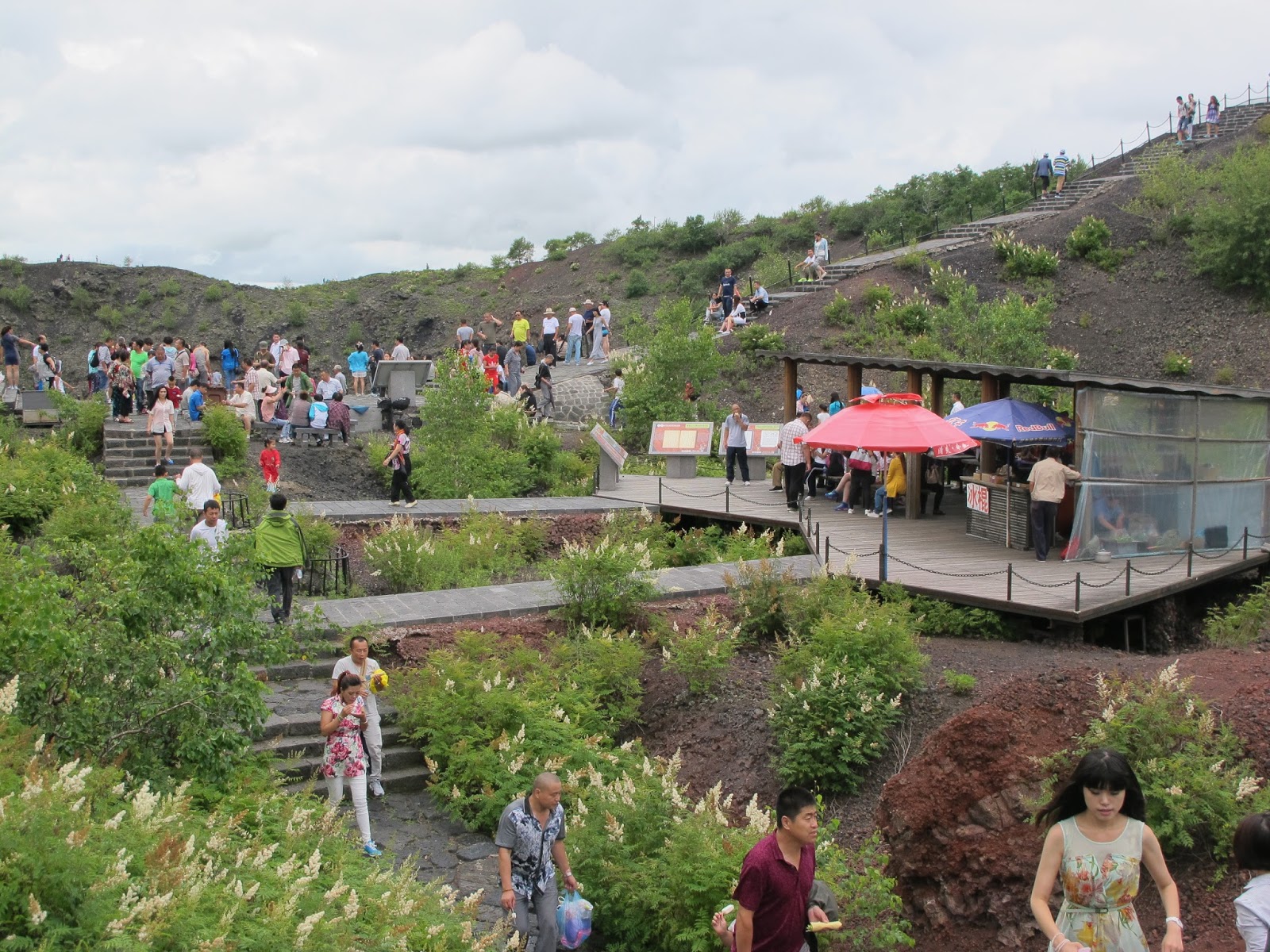 Infrastructure includes an elaborate system of boardwalks around the rim of craters and across lava fields, allowing access for large numbers of tourists

In the end, we conclude that each country's approach to protected areas has strengths and weaknesses, but that the Chinese and US protected areas programs have structural deficiencies, particularly related to the allocation of funding, that undermine their ability to achieve their stated missions over the long term. We hope that both countries continue to work to improve their conservation programs and protect their rich natural resources.

Posted by Amanda at 3:44 PM No comments:

“As in many countries precious metals belong to the crown, so here natural objects of rare beauty should belong to the public.” -Thoreau in his Journal, 1861

Until about 120 years ago, Newton, MA, was filled with wet meadows, marshes, and swamps, connected by miles of brooks. Where did they go? In an article published June 7 in the Newton Tab, I explain how over the past two centuries, as Newton changed from farming to industry, and then to a Boston suburb, developers and town workers buried brooks in culverts or put them into channels. Wetlands were filled in and became the sites of playgrounds, schools, other public buildings, and residential neighborhoods. The forgotten brooks and wetlands of Newton are periodically remembered when basements, streets, and playgrounds become flooded after heavy rains. 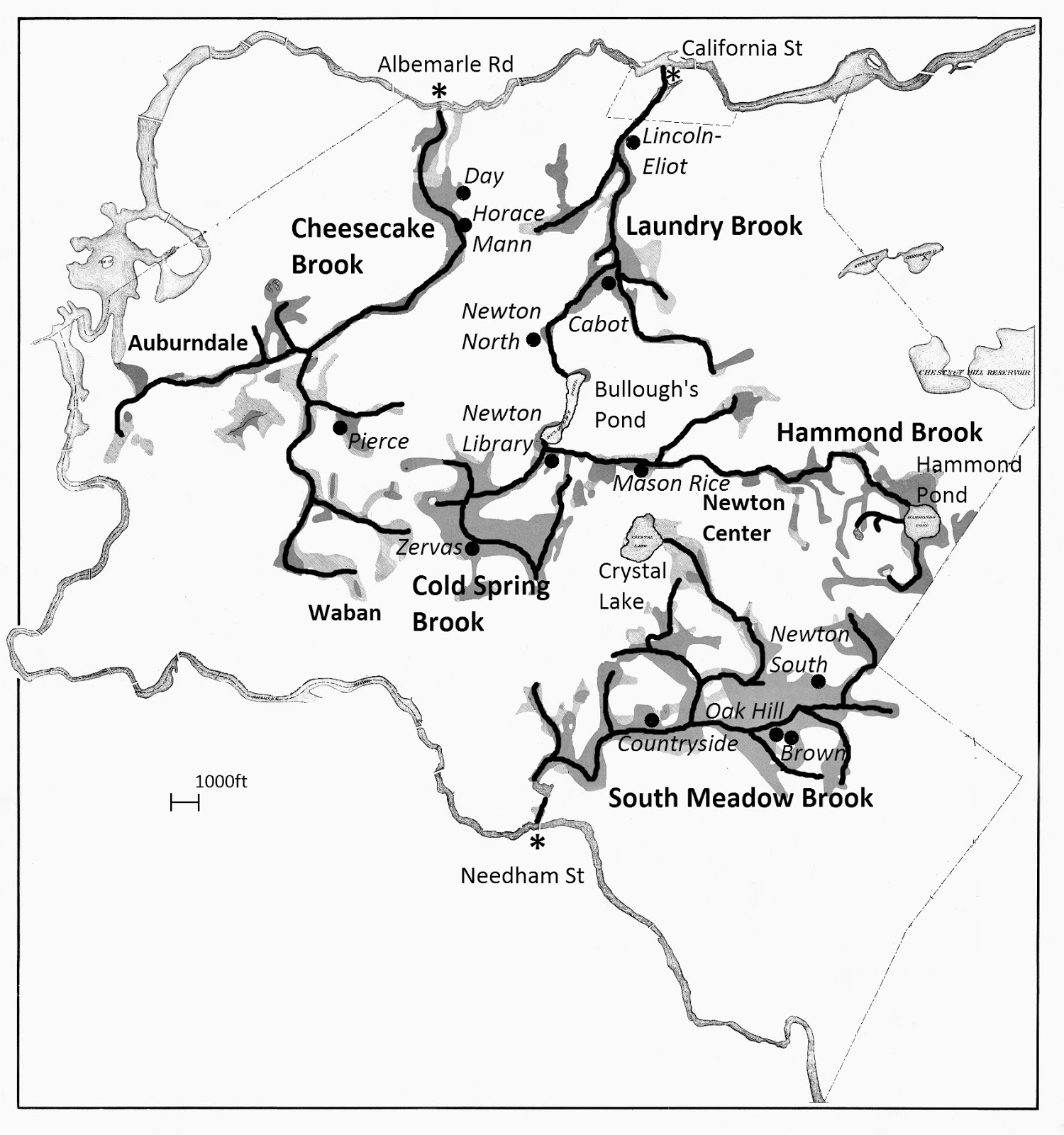 Modified 1892 drainage map showing the main brooks and associated wetlands, with the current position of some schools and village centers and the Newton Library. Map by Matt Rothendler.

Many New England towns are revisiting past decisions to bury and channelize brooks. Some towns are uncovering buried streams and removing the vertical walls of channels, allowing streams to re-integrate with wetlands. Restoring brooks to something closer to their original condition and adding natural vegetation could help clean the brook’s water, reduce flooding, provide natural water features, and improve the recreational value of playgrounds, parks, and neighborhoods. 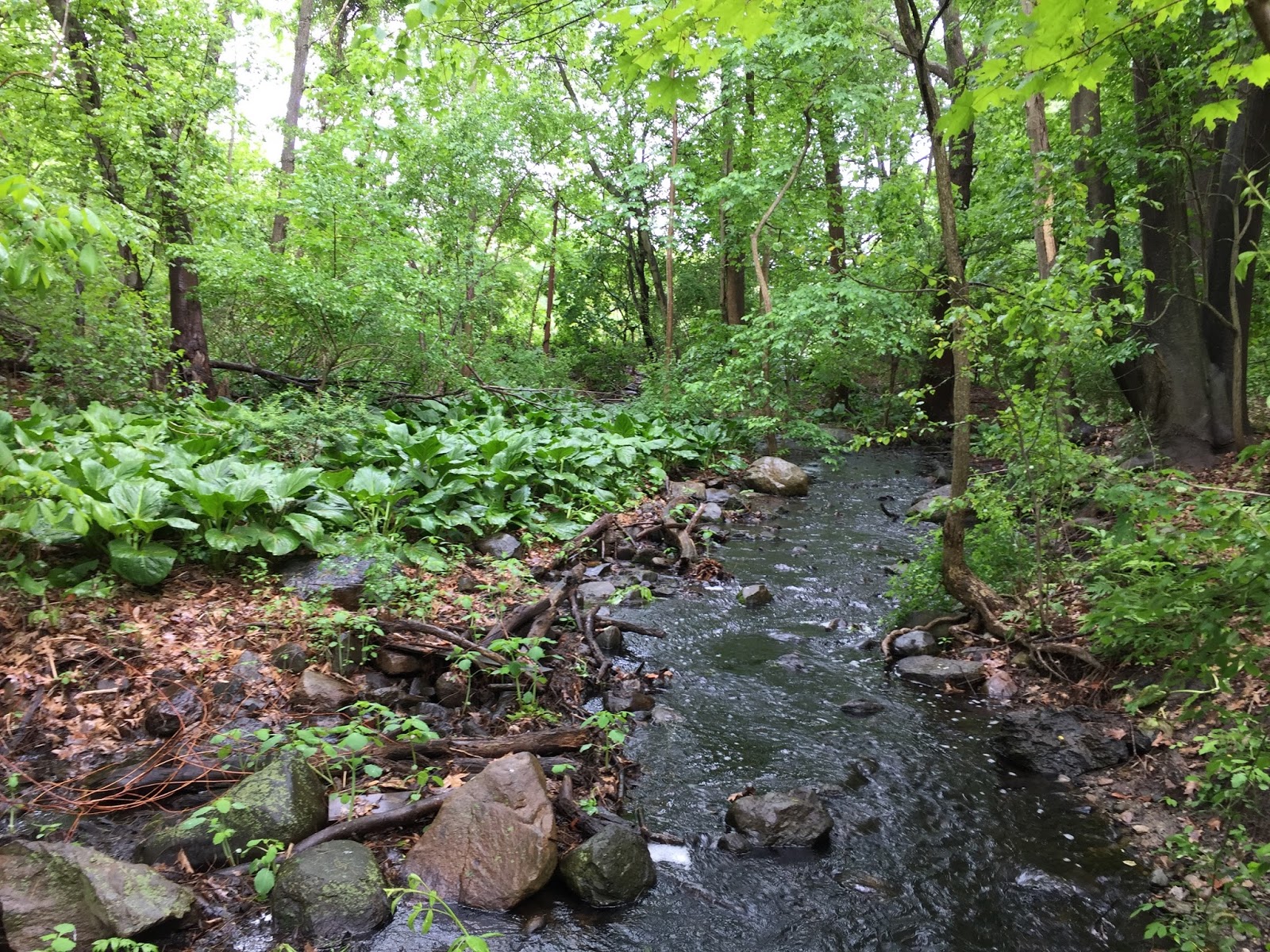 Cheesecake Brook appears wild and well-integrated with the surrounding forest along Fuller Street.

Returning brooks to their natural state is expensive in the short term, but in the long run the economic, environmental, and recreational benefits to the people and businesses of Newton might be worth it. After a long history of channelizing and burying brooks and filling in wetlands for development, Newton’s future could benefit from undoing some of its past. 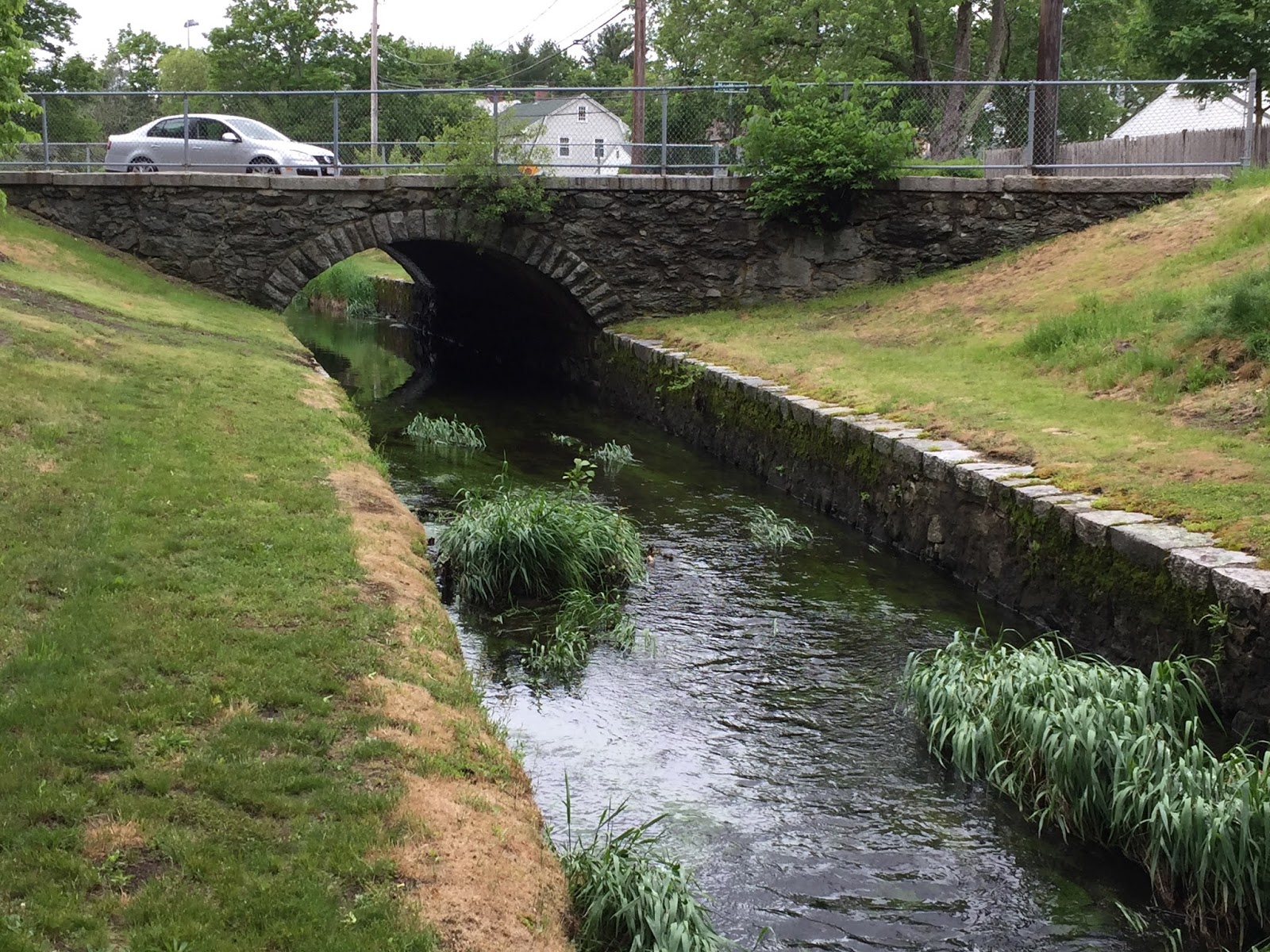 Cheesecake Brook is channelized and separated from natural habitat along Albemarle Road.

Posted by Amanda at 9:03 AM No comments:

Leaf Longevity at the Arnold Arboretum

Hi! We are two new members of the Primack lab: Linnea Smith (yes, like Carolus Linnaeus), an undergraduate at Boston University who’s joined the Primack lab for the summer with funding from the BU UROP program; and Sarah Pardo, a rising senior at BU Academy. 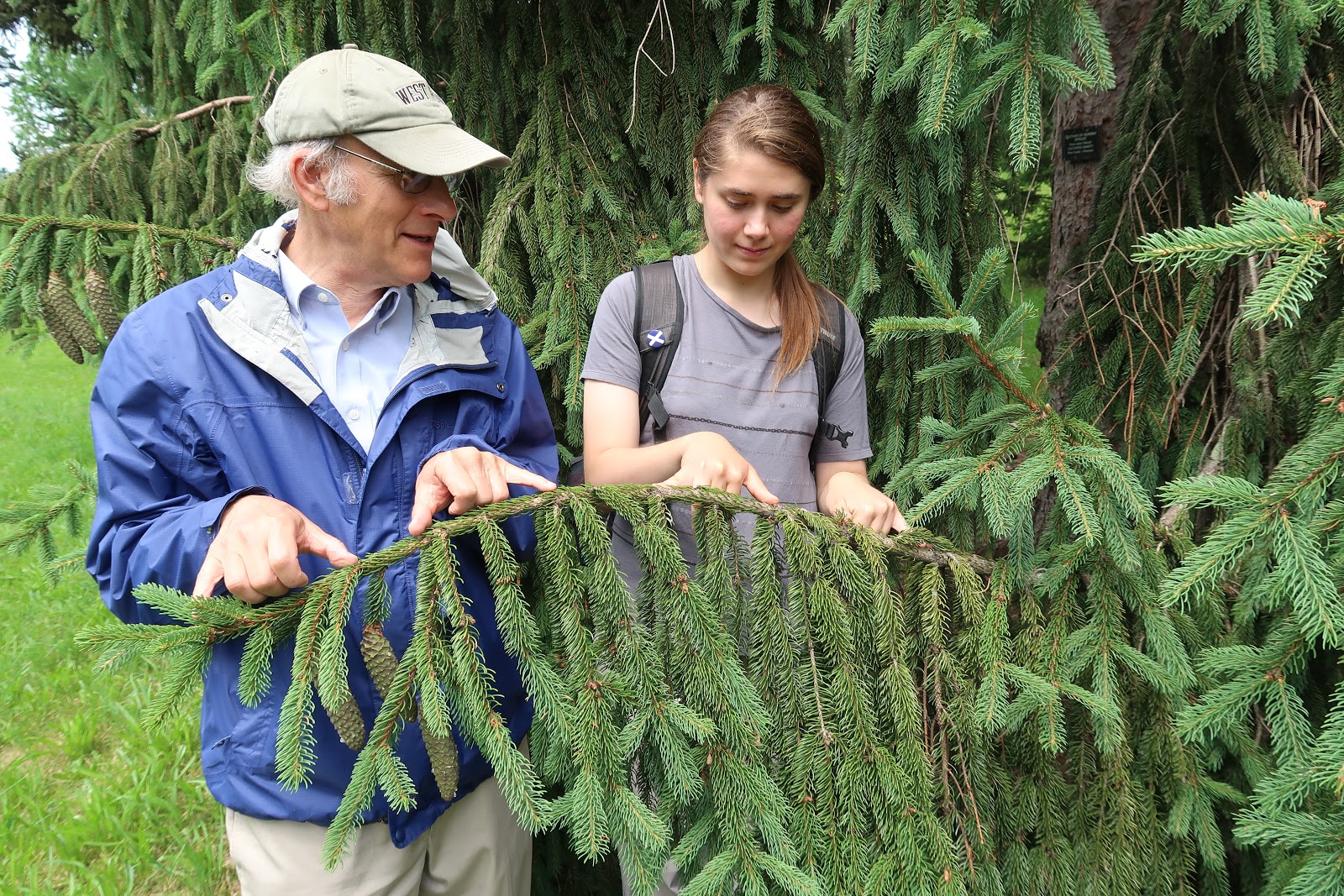 Linnea and Professor Primack doing fieldwork at the Arnold Arboretum

We are investigating how many years evergreen plants at Harvard University’s Arnold Arboretum retain their leaves, and why. Ecological theory suggests that a leaf stays on the branch, photosynthesizing, until it’s made a profit on the energy that went into making it. We want to determine if the amount of time a leaf remains on a plant is more influenced by the original environment in which the plants grow, or their evolutionary history. 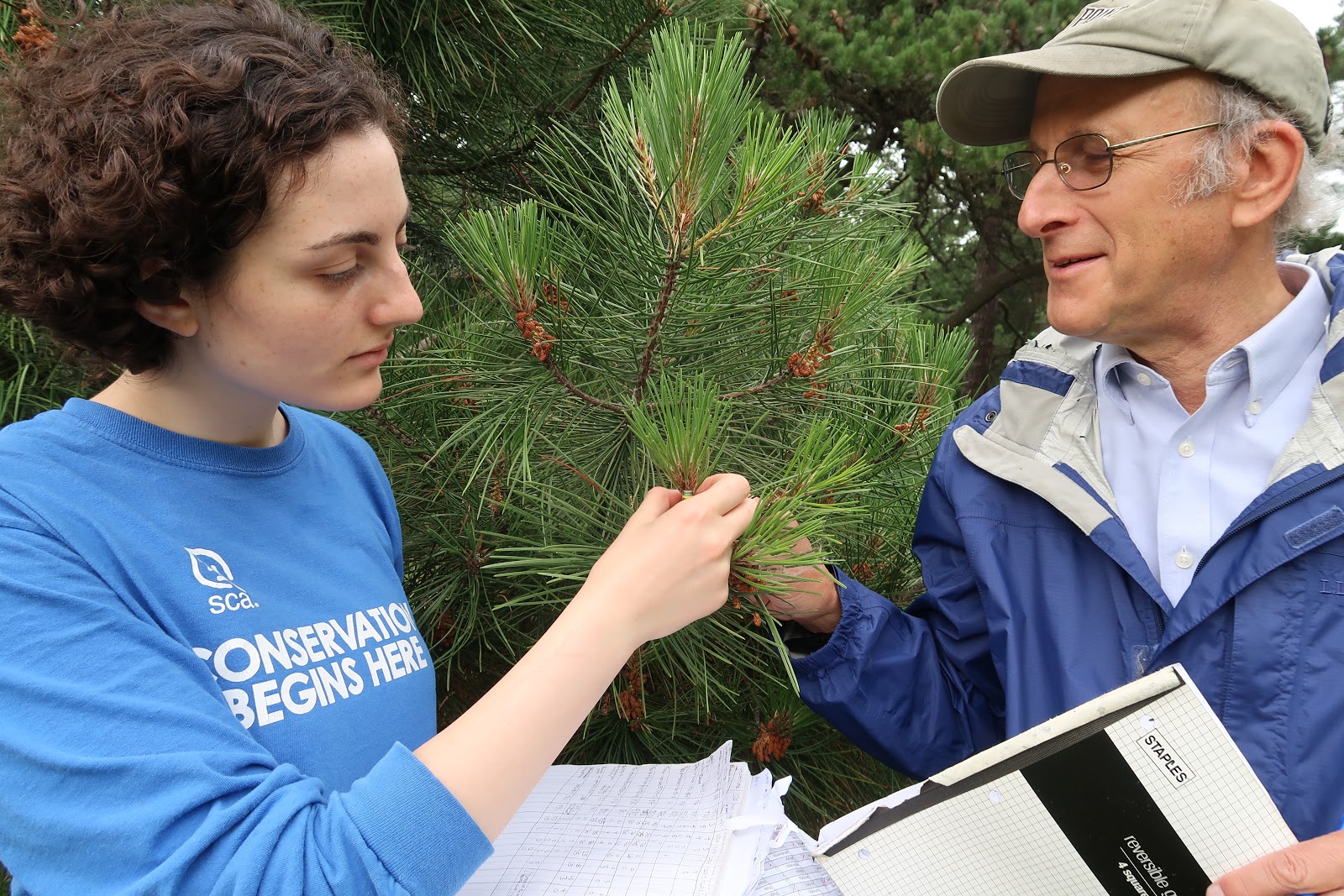 Professor Primack and Sarah examining pine needles in the field

When tree branches begin growing in the spring, a scar is formed on each twig where bud growth had halted the previous winter. By counting the number of scars, we can determine the number of years of twig growth and leaf formation on a tree branch. For example, say a twig has leaves on seven scar-separated segments and no leaves on the eighth segment or beyond. This tells us that leaves stay on that twig for seven years. So far we have evaluated 173 species including conifers such as pines, firs, spruces and hemlocks and other evergreens like rhododendrons and hollies. 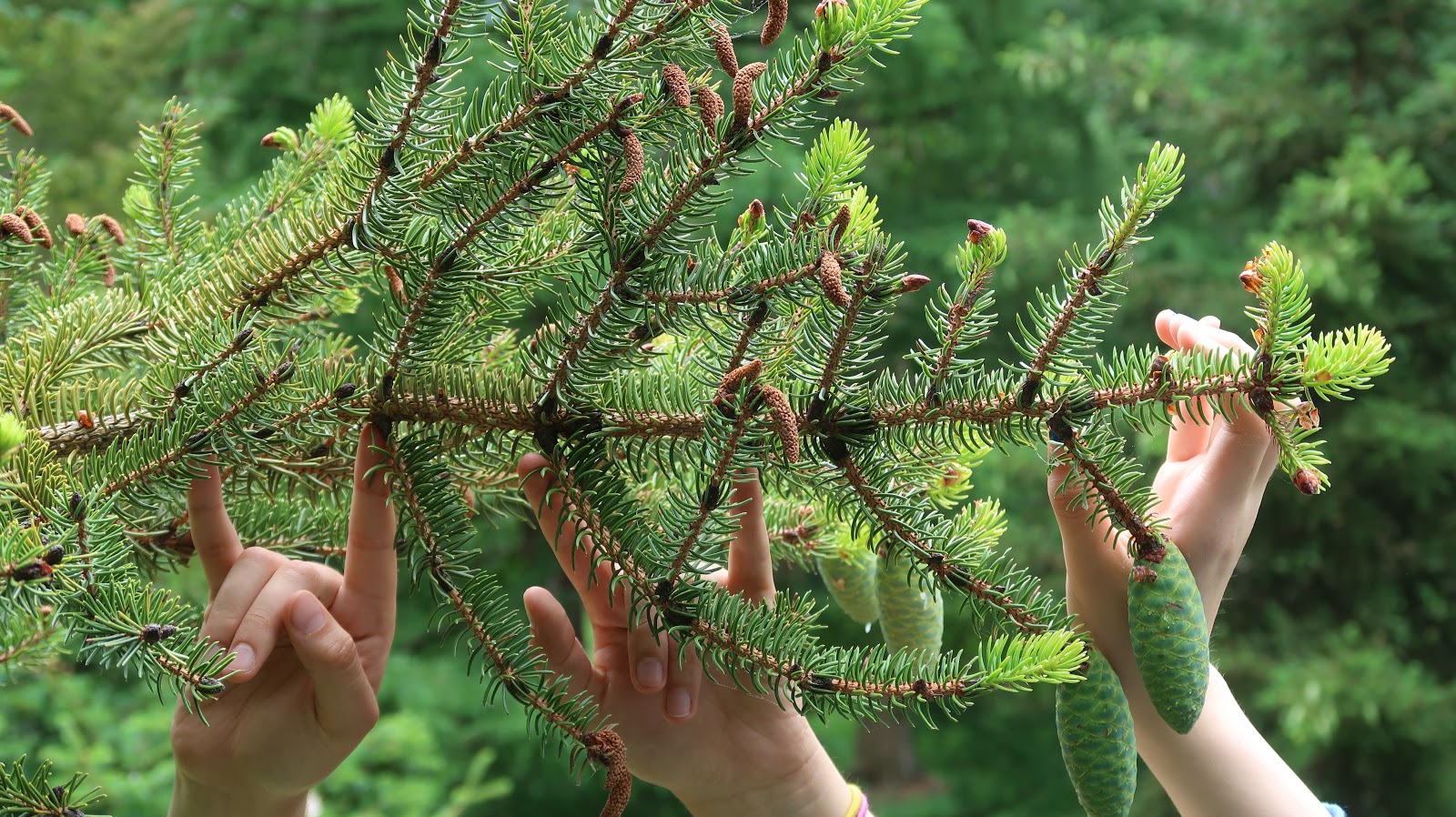 We’ve both really enjoyed our work in the Primack lab so far and appreciate the warm welcome we’ve been given!
Posted by Amanda at 9:32 AM No comments: