This autumn, a crew from the Film Concept Associes of France came to Massachusetts to shoot an episode of the program Nature's Keepers for French TV. The program's director, Cecile Favier, interviewed us on the connection of our research to conservation issues in Massachusetts. She was particularly interested in how we have used the historical observations of Henry David Thoreau to measure the effects of climate change on plant and animal communities in Concord, MA.

We had a great experience sharing our work with the French crew, and we will post a link to the program when it is available in 2015! 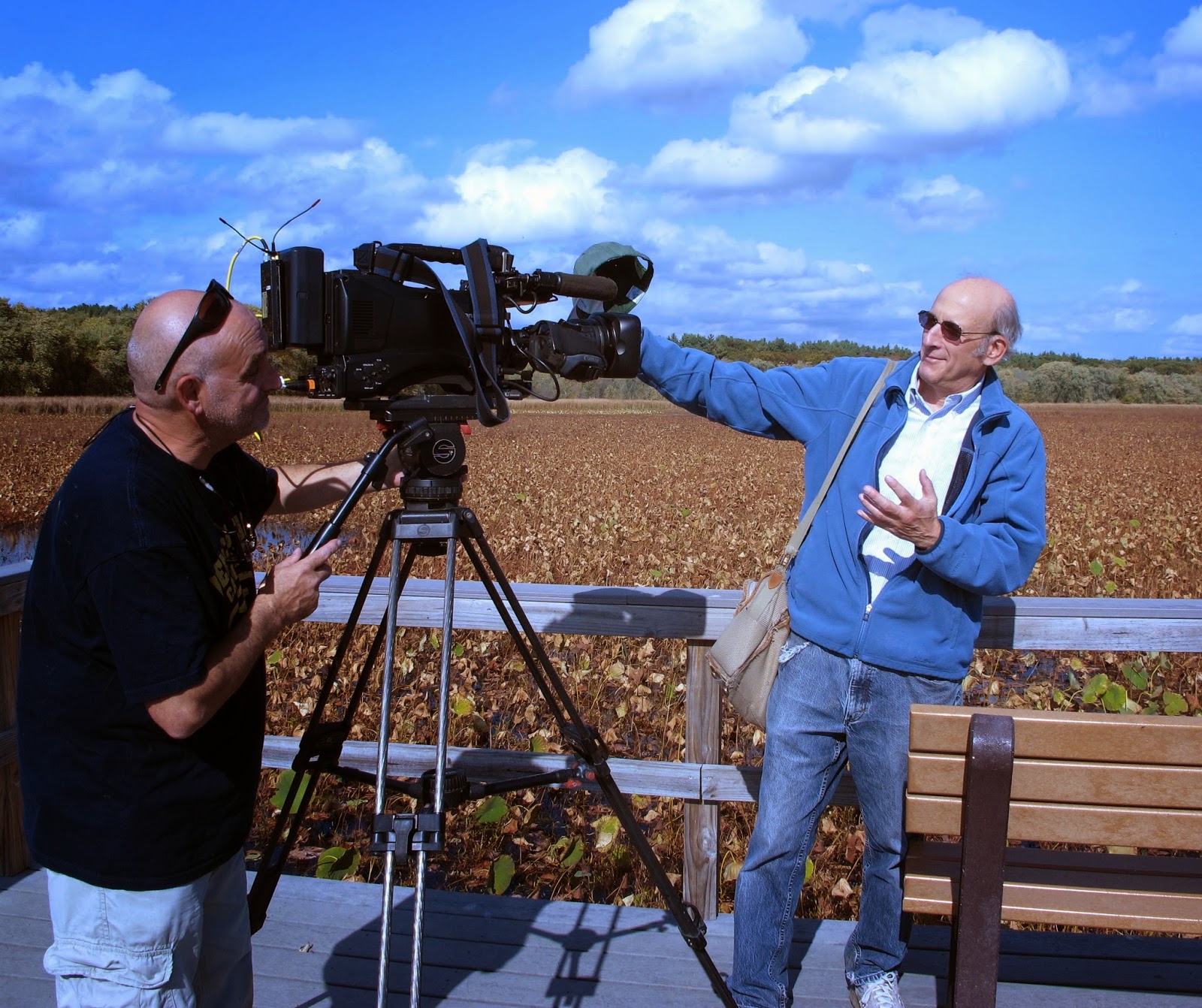 At Great Meadow National Wildlife Refuge in Concord, Richard explains (with great emotion!) how Thoreau's phenology records can be used to demonstrate the impact of climate change on the flowering times and abundance of wildflower species. 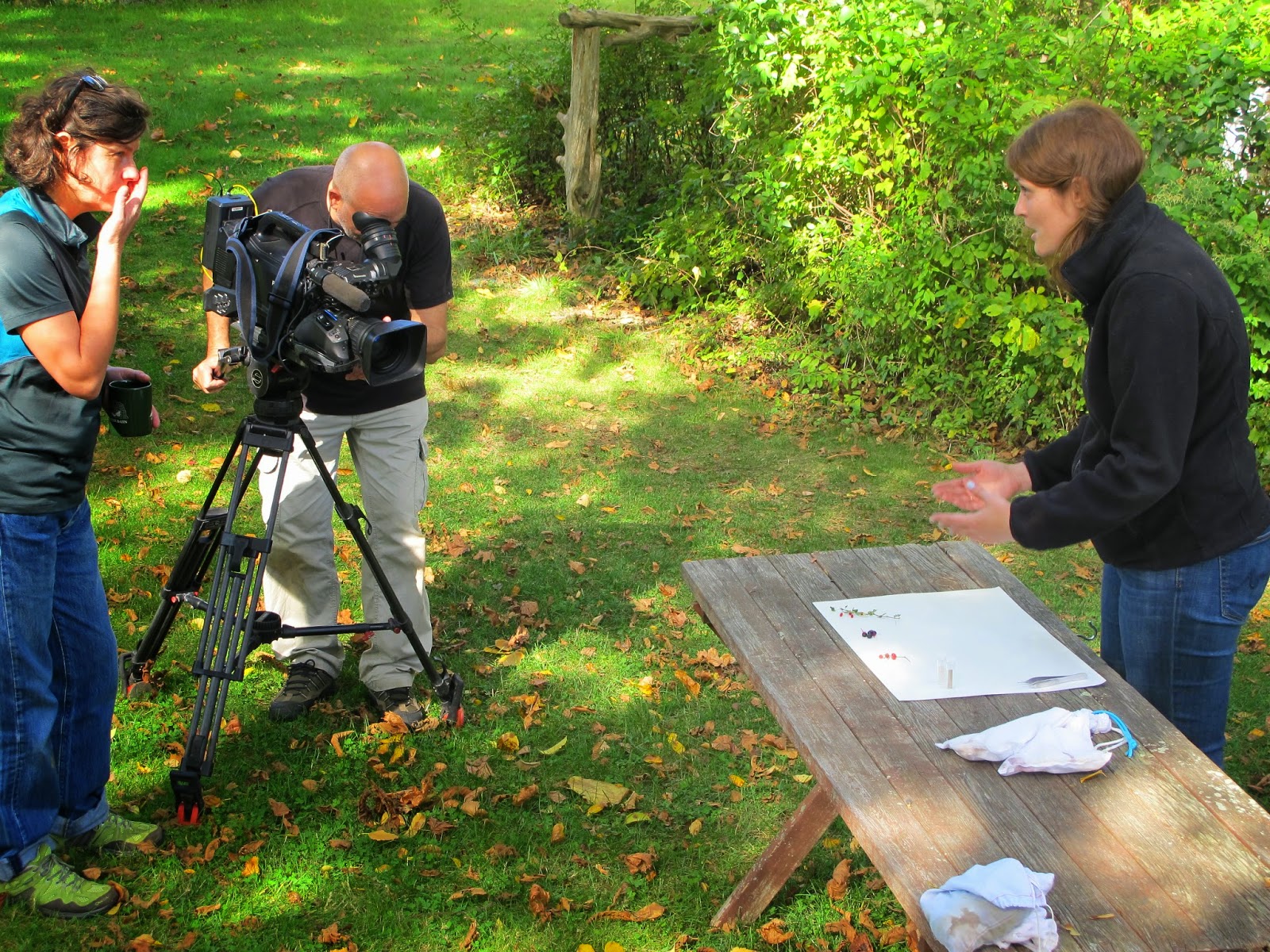 At Manomet Center for Conservation Science, Amanda describes her investigation into fruiting times, and how migratory bird species may be altering their diets in response to climate change and species invasions. 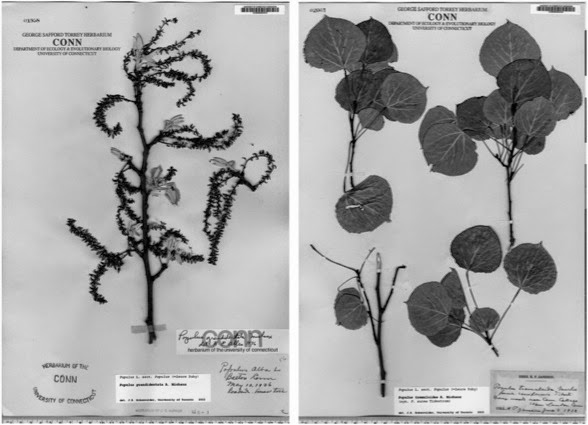 Figure 1.Two specimens of Populus grandidentata accessed online from the G.S. Torrey Herbarium at the University of Connecticut (EEB, 2004). Young leaves and flowers are visible on the left specimen (collected 10 May 1936), but only mature leaves on the right specimen (collected 8 June 1932). 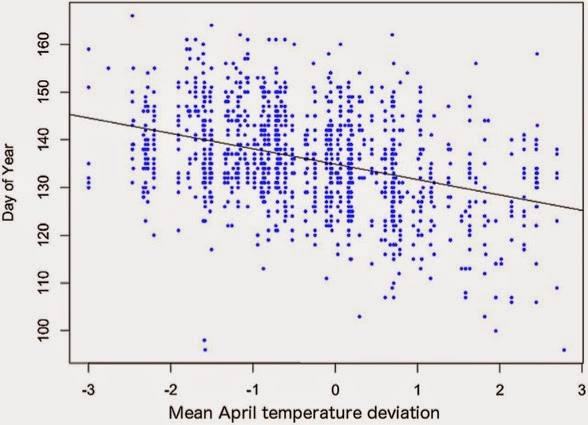 To see the full article, published in American Journal of Botany, click here.
Posted by Amanda at 8:00 AM No comments: