When Richard and Abe Miller-Rushing began investigating the effects of climate change on the flora and fauna of New England they searched for historical data on as many different types of organisms as they could find. They discovered an abundance of records detailing the timing of plant flowering and migratory bird arrival dates. Records on insect phenology, however, proved harder to find. Several years later, Richard heard about the Massachusetts Butterfly Club (MBC), a group of dedicated and experienced butterfly watchers. It turned out the MBC had well maintained archives of sighting records of many species of butterflies as reported by its members from across Massachusetts. On the suggestion of Jeff Boettner, an entomologist at University of Massachusetts, Richard decided to focus on elfins and hairstreaks, two genera of relatively small butterflies native to Massachusetts. Ten species were selected for the study, five elfins and five hairstreaks.

The research group that Richard formed (see below) was interested not only in using the MBC records, but also in obtaining even older records of butterfly sighting by obtaining data from butterfly specimens collected throughout Massachusetts and currently maintained as part of the collections of various natural history museums. After travelling the world (but mainly the east coast of the United States) visiting museums and obtaining records, the dataset was finally complete.

Analysis of the data produced interesting and exciting results. Elfins and hairstreaks in Massachusetts were responding significantly to spring temperature by emerging earlier in warmer years. On average, these species are being seen 3.6 days earlier for each increase in temperature of 1°C. This is similar to response rates of butterflies to temperature seen in Europe, and more importantly is fairly similar to response rates of plant flowering and leafing, and bee sighting dates in the same region of the United States. The change in bird arrival dates, on the other hand, are less consistent and on average are not responding as strongly as these other taxonomic groups. If you are interested in learning more about our research, check out the paper, recently published in Biological Conservation. 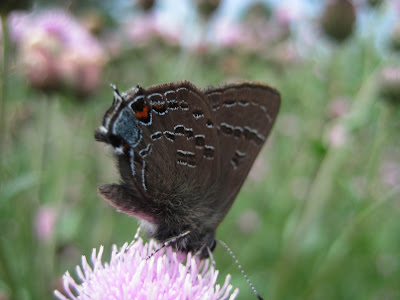 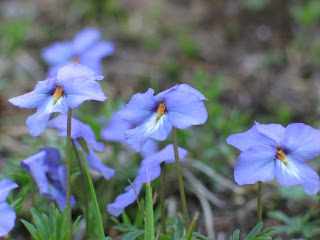 In our rambles around Concord last spring, we noticed that the timing of events was dramatically different than what Thoreau had seen. After a mild winter and very warm spring, the plants were flowering way ahead of schedule. When we checked sites weeks ahead of when they had flowered in Thoreau’s time, we found that plants were often about to flower, or even just starting to flower. When we entered our new flowering records from 2012 into our dataset we saw that this was in fact an extraordinary year - plants were flowering three weeks earlier than they were when Thoreau observed them 150 years ago! We made some calls and discovered that not only were things unusual in Massachusetts, but they were unusual in Wisconsin too. Building on observations made by Aldo Leopold, the famous author of A Sand County Almanac, ecologist Stan Temple and colleagues found that plants in Wisconsin are flowering 24 days earlier than they were in the 1930's and 40's. Several important results have come out of our analysis. Plants in Massachusetts flowered much earlier in 2012, and also in 2010 which was another warm year, than they had in previous years based on our long-term datasets started by Thoreau. These results demonstrate that even under the record warm temperatures of recent years, plants have kept pace and continue to flower earlier in warmer years. At some point we expect that plants in Concord will start to experience the negative consequences of early warm springs and mild winters associated with global climate change. Plants might stop flowering earlier, or perhaps even stop flowering altogether and die off if it gets too hot for them. We were also able to demonstrate that these long-term records gathered by Thoreau and Leopold can be used to predict flowering, even in exceptionally warm years.

Read more about our study in the PLoS ONE article, or other media outlets:
PLoS
US News
MSNBC
NPR
Posted by .e.r.e. at 7:00 PM No comments: 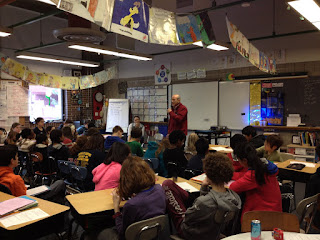 This morning the Primack Lab visited the Pierce School in Brookline to talk about climate change. Richard, Caitlin and Amanda met with four 6th grade classes to discuss the work our lab has done showing the effects of spring warming on local plants, insects and birds. Then we got to hear about some of the climate change projects the 6th graders have been working on. These classes have spent the past month learning about climate change as part of Boston University's Project GLACIER.
Posted by Amanda at 3:20 PM 2 comments:

I am excited to launch the new Primack Lab blog! We will use the blog to communicate current events in the lab, so stay tuned for updates. 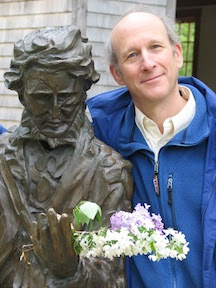