The Primack lab is investigating which pollinators are visiting plants around Newton, MA in order to determine if honeybees are outcompeting native pollinators. This work has been influenced by ongoing public debates about the keeping of honeybees and how it may promote pollination.
On June 22nd, we met in Newton with bee experts, Robert Gegear from University of Massachusetts at Dartmouth and Nick Dorian and his team from Tufts University, to learn from each other how to identify bumblebees and other species of native bees.
The event included a lively discussion about the research of each lab group, and debates about the conservation value of pollinator gardens and other efforts to protect native pollinators.
Posted by Selby Vaughn at 8:02 AM No comments:

Katia Landauer, Richard Primack, and Selby Vaughn
“If time is short then you have no time to waste.” Henry David Thoreau in his Journal.
With a warming climate, trees might become active earlier in the spring, and their new leaves might be at risk for being killed by a late frost. Even if a second crop of leaves is produced later, plant ecologists are concerned that the trees will not be able to grow as much or absorb as much carbon dioxide after losing their leaves.
In a recent study by Zohner et al., potted tree saplings growing in greenhouse conditions underwent experimental cold treatments to simulate the effects of frost damage. The researchers found the surprising result that the second crop of leaves of beech and oak delayed chlorophyll breakdown in autumn; that is, they remained green longer than leaves on undamaged control plants. The extended longevity of second-crop leaves perhaps reduces the carbon budget effects of spring frost damage.

We decided to replicate this experiment under more natural conditions using oak, maple, sassafras, birch, and chestnut saplings growing in a forest in Newton, MA. To simulate frost damage, we crushed and later cut off the leaves of experimental plants; in contrast, leaves were left untouched on control plants.
Over the summer and fall we will monitor plants for new leaves and chlorophyll content using a chlorophyll meter.
Will second-crop leaves produced later in the summer last longer in the autumn?
Here is the citation:
Zohner, C.M., Rockinger, A. and Renner, S.S. (2019), Increased autumn productivity permits temperate trees to compensate for spring frost damage. New Phytol, 221: 789-795.
https://nph.onlinelibrary.wiley.com/doi/10.1111/nph.15445
Posted by Selby Vaughn at 7:05 AM No comments:

“There is absolutely no common sense; it is common nonsense.”  Henry David Thoreau in Reform Papers.

For several decades, Tom Ogren, a horticulturist from California, has claimed that the worsening problems of allergy across the USA are due to government officials planting only male trees in cities.  In his view, “botanical sexism” has led to city trees producing an excessive amount of pollen with disastrous consequences for people suffering from allergies.

As pointed out in a recent article in the Boston Globe, his theory is actually almost entirely wrong.

First of all, many common city trees, such as lindens, Norway maples, oaks, birches, and flowering pears, do not have separate male and female plants.

Second, for species with separate male and female trees, such as some maples, ashes, junipers, and sassafras, government officials don’t just plant male trees as he claims.

Thirdly, many common street trees, such as cherry trees, flowering pears, and crabapples, are insect pollinated, and don’t contribute to allergy problems.

Finally, Ogren claims that planting more female trees would reduce pollen in the air because the female flowers would capture the pollen from the air. This is not tree, as the stigmas of the female flowers of wind-pollinated trees, such as oaks, probably only capture less than one in a million of the pollen grains released into the air.

So while Ogren’s ideas are dramatic and lurid, they lack common sense.

This article was published in the Boston Globe as: The theory of ‘botanical sexism,’ or
planting ‘male’ instead of ‘female’ trees, debunked
By Mike Damiano

Posted by Selby Vaughn at 6:41 AM No comments:

“I suspect that the child plucks its first flower with insight into its beauty & significance which the subsequent botanist never retains.” Henry David Thoreau in his Journal.
I Begin With Spring: The Life and Seasons of Henry David Thoreau is a new children’s book by Julie Dunlap.  The unique life of Thoreau is effectively presented for children using his observations of animals and plants throughout the year as an entry point.

Larger issues of the time that engaged Thoreau, such as the fight against slavery in the United States and Darwin’s theory of evolution, are important themes in the book. The book also connects Thoreau’s observations to the current concern for global climate change, summarizing the research work of our lab group on changing flowering times in Concord.

The book is visually beautiful with colorful illustrations of plants and animals that make the book especially welcoming.

This is a wonderful book for introducing children to phenology and nature study, and their connection to climate change and larger social issues.

Posted by Selby Vaughn at 11:43 AM No comments:

“Those who are ready to go are already invited.”  Henry David Thoreau in his Journal.
In a recent paper in Ecosphere, scientists describe how the U.S. Long Term Ecological Research (LTER) Network can be used to investigate ways in which ecosystems and ecosystem processes might be affected by the anthropause, the reduction in human activity associated with the COVID pandemic in 2020 and 2021.
Long-term research from high-latitude/altitude locations (e.g., Niwot Ridge, North Temperate Lakes, Bonanza Creek, and Arctic LTER sites) shows that large between-year variability and underlying long-term trends prevent the early detection of COVID-related effects on phenology, gross primary production, and other ecosystem attributes.
Research at the Georgia Coastal Ecosystems LTER reveals that increased home septic system use and agricultural waste (unharvested and decaying crops) likely increased nutrients in estuaries, resulting in rapid green-up of marsh vegetation.
At three LTER aquatic and marine sites (1) the Santa Barbara Coastal LTER in southern California, (2) the North Temperate Lakes LTER in Wisconsin, and (3) the Moorea Coral Reef LTER site in the central South Pacific Ocean, the different spatial scales of human behavior and the varying connectivity of animal populations prevent easy generalizations from being made about the ecosystem effects of the pandemic.
These case studies show how long-term ecosystem studies can potentially be used to distinguish the short-term impacts of the pandemic from inter-annual variation and long-term changes in ecosystem pro-cesses.
Published in Ecosphere journal.
DOI: https://doi.org/10.1002/ecs2.401
https://esajournals.onlinelibrary.wiley.com/share/MTRPHXYRXMSWP44KF5RF?target=10.1002/ecs2.4019

“It is folly to attempt to educate children within a city. The first step must be to remove them out of it.” Henry David Thoreau in his Journal.

On April 2, Professor Richard Primack presented a keynote address at the National Science Teachers Association annual meeting in Houston, Texas. His talk, Walden Warming: Climate Change Comes to Thoreau’s Concord, provided an overview of the research that he and his students have been doing over the past 20 years with support from the National Science Foundation.

As he describes, “I spoke about how a warming climate is causing the plants of Concord, MA, to flower and leaf out earlier now than in the time of Henry David Thoreau in the 1850s. I tailored my talk to emphasize projects that science teachers could use to help their students investigate the biological effects of climate change, such as the use of twig experiments.”

Because of the pandemic, this was the first time in three years that the NSTA conference had been held in person. While the conference normally has around 10,000 attendees, this year there were just 4,000 people. Primack’s talk was sponsored by the Brandwein Institute, an environmental foundation.

“Let us spend one day as deliberately as Nature, and not be thrown off the tracks by every nutshell and mosquito’s wing that falls on the rails.” Henry David Thoreau in Walden.

Lots of new phenology data is becoming available from digitized herbarium specimens, citizen science programs, and photographs uploaded to the iNaturalist app. But how do these data sets compare in terms of detecting the effects of temperature and climate change on flowering times? 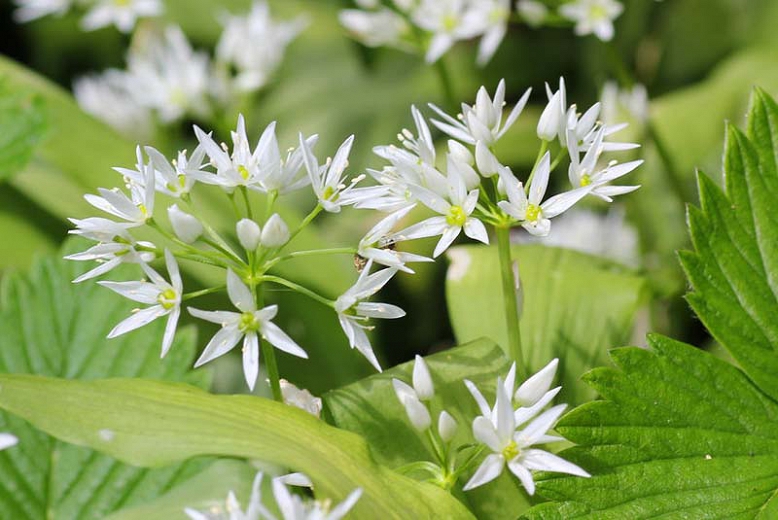 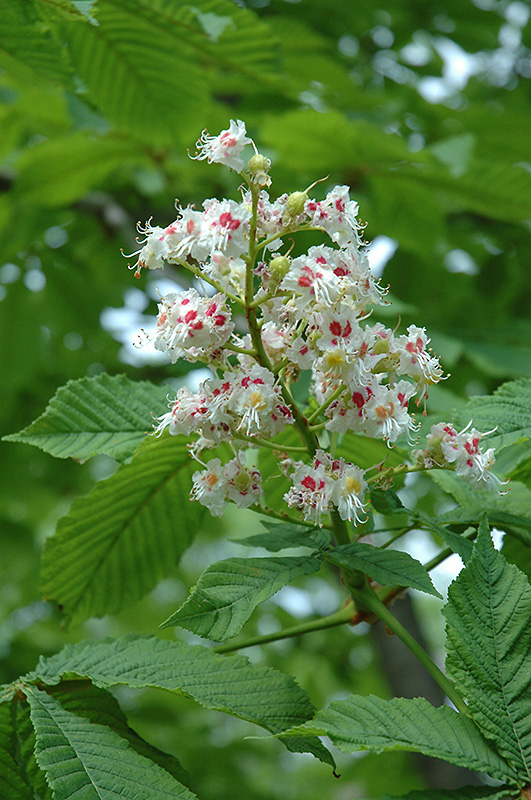 The iNaturalist dataset provided the most extensive geographic coverage across Denmark and the largest sample size, and recorded peak flowering in a way comparable to herbarium specimens. The directed citizen science dataset recorded much earlier flowering dates because the program objective was to report first flowering, and so was less comparable to the other two data sets.

Herbarium data demonstrated the strongest effect of spring temperature on flowering in Denmark, possibly because it included year-to-year variation in temperature, while the other datasets only included one year of spatial variation in temperature across Denmark. Combining herbarium data with iNaturalist data provides an even more effective method for detecting climatic effects on phenology. Phenology observations from citizen science programs and iNaturalist will increase in value for climate change research once additional years are available.

This article is published as:

Posted by Alyssa Helmling at 1:15 PM No comments: